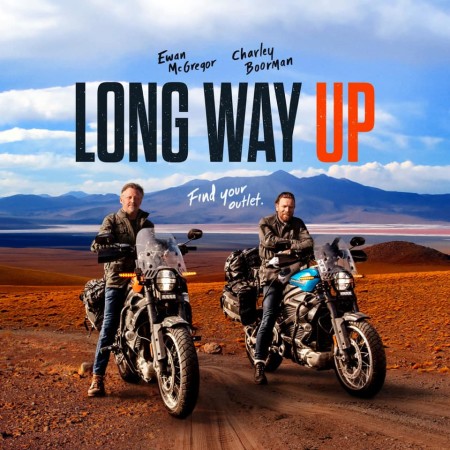 The latest chapter in the adventures of Ewan McGregor and Charley Boorman, traversing South America on LiveWires. Join Ewan and Charley on the first-ever electric motorcycle trip from the tip of South America to LA. Watch exclusively on Apple TV+.

The bike featured in Long Way Up. Thrilling performance. Muscular looks. Groundbreaking technology. Everything about the first Harley‑Davidson® electric motorcycle delivers a level of excitement you haven’t felt before.

We’ll ride along with Ewan McGregor & Charley Boorman to learn about the Long Way series, planning this latest route, and why they went electric. We’ll also hear from the Harley-Davidson team on taking on the engineering challenge of turning an unreleased prototype electric motorcycle into an adventure machine that could take Ewan & Charley on the Long Way Up.